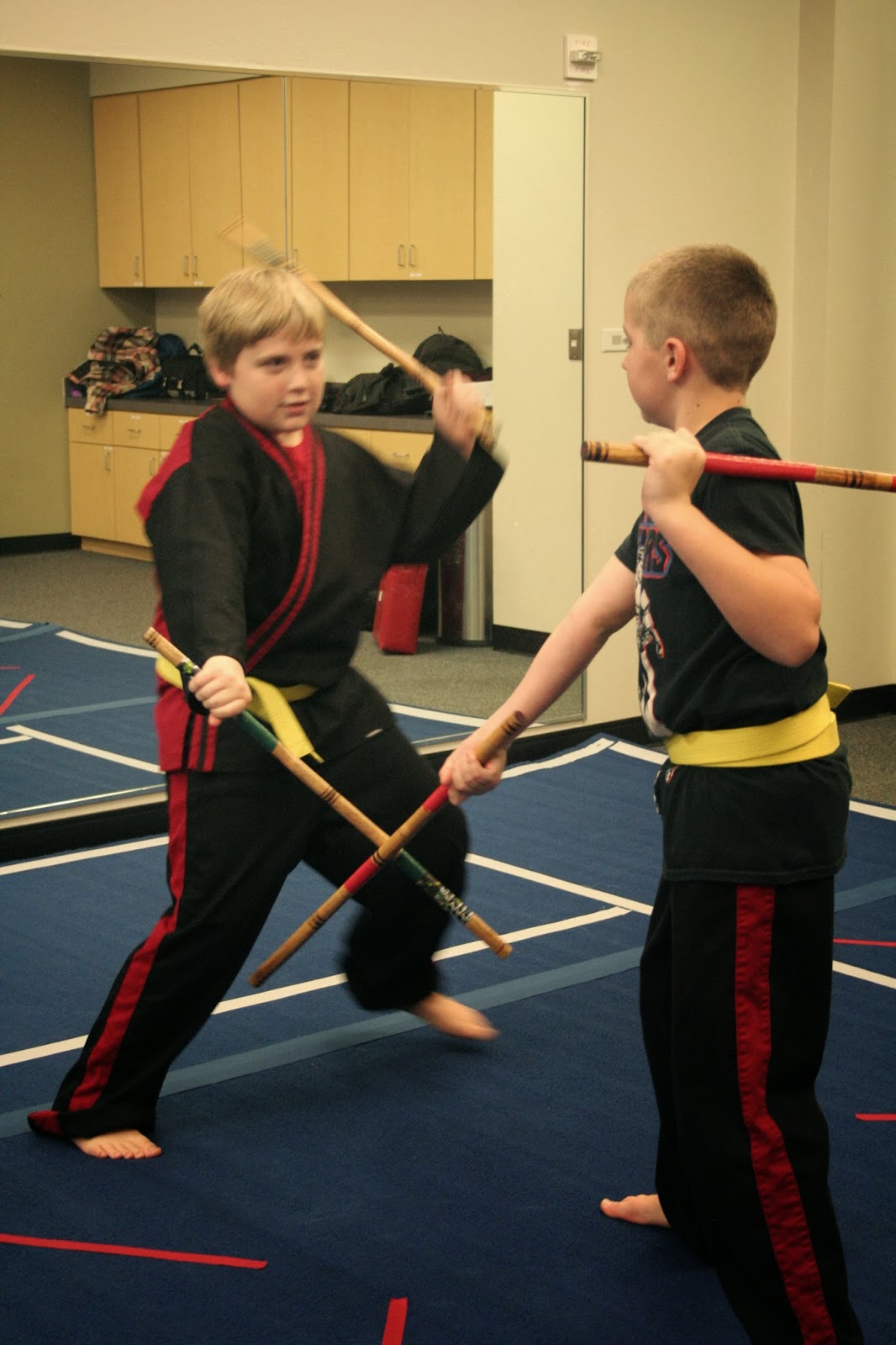 Modern Arnis is a martial art and self defense system from the Philippines and it has a different training and teaching method than the Japanese, Korean, or Okinawan martial arts systems of Karate or Tae Kwon Do.  In Modern Arnis a rattan stick is used as a training device to teach empty hand skills plus weapon skills at the same time and a emphasis is placed on the student learning how to move from one type of weapon combination to another.

The big difference between the Junior Modern Arnis class and the adult Modern Arnis class is that the material is taught from an age appropriate perspective.
·        The edged weapon (knife) training, as well as the espada y daga (stick and knife combination) has been removed and replaced with learning the bankaw (staff)
·        Many of the chokes, neck cranks etc. etc. have been removed as well.

Click on the Modern Arnis page above to view more information about this class.
Posted by hidden sword at 1:46 PM